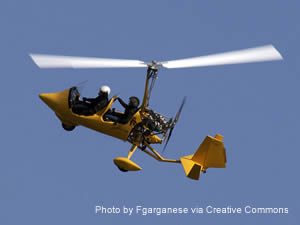 There are no minimum or maximum ages to take flying lessons defined by federal law. Flight schools and instructors may, however, at their discretion, decide that a youngster is too young to start flight training, or that an older person no longer possesses the ability to safely learn how to fly. Generally, these decisions will be based upon the individual's physical, mental, and emotional abilities, as perceived by the instructor. Other practical considerations may include (for example, in the case of a child) the candidate's ability to reach the rudder pedals or to see over the instrument panel.

In addition, if a student does not possess a valid driver's license, then that student will need to obtain an Airman Medical Certificate before being allowed to solo. This would also apply if the student's driver's license has certain restrictions, such as a requirement that a parent or guardian accompany them while driving. (Please note that neither a medical certificate nor a driver's license are required for operation of gliders or free balloons.)

As mentioned earlier, candidates for Sport Pilot certification must satisfy the Transportation Security Administration requirements that apply to all individuals applying for pilot training in the United States. These requirements must be met before a candidate begins instruction.

Applicants who are U.S. citizens must provide a current, valid, government-issued picture I.D. (such as a driver's license) and one of the following proofs of citizenship before beginning pilot training:

Candidates who are not U.S. citizens (including those who have permanent resident status) must comply with extensive requirements that include fingerprinting, photographs, background checks, and the payment of a processing fee. You can learn more about the process here.

The time needed to complete the approval process varies according to many factors, including the type of training desired and whether the applicant already holds an aviation-related security clearance. In most cases, however, new applicants for Sport Pilot flight training will fall into TSA Category 3 and will receive an email authorization to begin initial training shortly after all of their paperwork (including fingerprints) and the required fee are received by TSA.

Sport Pilots who possess a current and valid U.S. driver's license don't have to have an Airman Medical Certificate, but some requirements and conditions do apply. For more information about medical eligibility, click here.