What is a Light Sport Aircraft (LSA), Anyway? 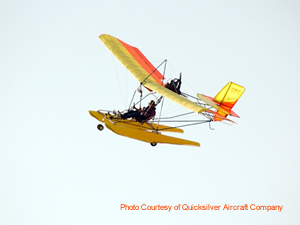 The FAA devised the Sport Pilot Rule largely to rein in ultralight pilots and instructors who, in FAA's opinion, were stretching the limits of FAR 103 a bit too far.

In particular, FAA believed there was too much abuse of two exemptions that allowed two-place ultralights (often called "fat" ultralights) to be used for flight training. These ultralights, according to FAA, were being used to transport passengers for commercial purposes such as sightseeing and air taxi services under the guise of "training flights," despite the fact that little or no instruction was provided during these flights.

The rules defining Light Sport Aircraft (LSA) were therefore devised with fat ultralights in mind, but with much more generous weight limits to encourage safer, more sturdy construction -- as well as to further encourage ultralight pilots to upgrade to Sport Pilot status so they could take advantage of those more generous limits.

FAA also considered what other countries were doing with regard to very light aircraft (often called "microlights" overseas). When all was said and done, in 2005, FAA both contributed revisions to and ultimately adopted the ASTM International’s F-37 Light-Sport Aircraft Committee Consensus Standards in 2005. The origins of the Consensus Standards actually go back to the 1990's and the ultralight movement, but until adopted by FAA in 2005, they had no official recognition in the United States.

The Sport Pilot community includes both old-line ultralight pilots, and newer pilots who wanted to fly something that looks more like a conventional airplane; and aircraft manufacturers have produced many models of both styles of aircraft -- and quite a few that are somewhere in between. Because of this, LSA can look a lot like the Quicksilver MX-II Sprint, the very capable "ultralight-style" airplane in the picture on the top right of this page; or they can look more like "conventional" light airplanes.

The FAA's Definition of a Light Sport Aircraft

The FAA defines a Light Sport Aircraft as an aircraft, other than a helicopter or powered-lift that, since its original certification, has continued to meet the following:

More information, right from the horse's mouth, can be found here.

Certificated aircraft that happen to fall within the standards defining a Light Sport Aircraft may be operated by Sport Pilots with the appropriate privileges, but they do not become -- and usually cannot be re-registered as -- Light Sport Aircraft. This is an important consideration mainly because the maintenance and inspection requirements of certificated aircraft are much more stringent than those that apply to LSA.

For more information about the vintage aircraft that can be flown by Sport Pilots, the legal and maintenance considerations, and a list of some aircraft that belong to this group, please click here. The LSA Consensus Standards set forth rules governing which aircraft may be flown by Sport Pilots. In addition to vintage aircraft that meet these requirements, new aircraft that are specifically designed to comply with these standards from the date of manufacture can be certificated as Light Sport Aircraft.

Manufacturers of a production LSA that is factory-built in accordance with FAR 21.190 can apply for a Special Airworthiness Certificate that allows the aircraft to be registered (It will have an "N-Number, just like any other certificated aircraft) and flown by any properly certificated pilot (including Sport Pilots), as well as be used for rental or instruction for hire.

In addition, amateur-built or kit-built aircraft that meet the requirements of an LSA can be registered as Experimental Light Sport Aircraft (E-LSA). These aircraft may be flown by any properly certificated pilot, but have some restrictions on their use (for example, they can't be rented or used for instruction for hire -- except when the student is the owner of the aircraft).

In some cases, the same model of LSA may be available as either a factory-built S-LSA or as a kit. In these cases, only the factory-built versions may be certificated as S-LSA. The amateur-built or kit versions must be registered as E-LSA, and will forever come under E-LSA operational restrictions. This is an important consideration as it will undoubtedly affect the resale value of the aircraft. For more information about homebuilt aircraft, please click here.