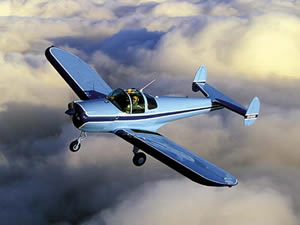 One interesting provision of the Sport Pilot rule is that is allows Sport Pilots to fly "standard" category aircraft as long as those aircraft have continually met the requirements of an LSA since their original certification. In other words, the aircraft can't have been modified to fall within the LSA standards by removing a couple of seats or filing a paperwork STC that reduces the MTOW. Its original configuration, when it was built and certificated, had to meet the current LSA requirements.

Some people find this rule confusing, but it really isn't. All the rule says is that an aircraft that was designed before the LSA rules came into effect, but whose characteristics at the time of its certification happen to meet the present LSA definitions, can be flown by Sport Pilots -- provided the aircraft hasn't been modified in any way that would affect its certification.

Allowing Sport Pilots to fly certain conventionally-certificated aircraft has given a new lease on life to many vintage airplanes that had spent lonely decades collecting dust in dark corners of hangars. That's a nice thing. It's good to see these old airplanes flying again.

But it's also important to understand that a certificated aircraft that happens to fall within the LSA definitions does not become an LSA. The aircraft itself retains its original certification. This makes a huge difference in terms of the cost of owning, maintaining, and flying the aircraft.

If you're a Sport Pilot considering the purchase of an SP-eligible, vintage aircraft, here are some things you really need to consider before making that purchase.

Aircraft that are certificated as LSA come under a more lenient set if maintenance standards than conventionally certificated aircraft. This makes several important differences that can affect their practical use by Sport Pilots and their cost of ownership.

The "Repairman - Light Sport Aircraft" is a much easier certification to earn than the A&P mechanic certification because its scope is limited to a particular class of LSA. Therefore, the services of Repairmen tend to be a lot less expensive than the services of A&P mechanics and Authorized Inspectors. This difference can mean that the annual labor costs for maintenance and inspection of a conventionally-certificated aircraft are likely to be thousands of dollars more than for a similar LSA.

What this means in practical terms is that if you are a Sport Pilot with airplane privileges, and you purchase a vintage Piper Cub, you can legally fly it -- but you can't legally add air to the tires or oil to the engine. Aircraft that are properly maintained can fly indefinitely. But when purchasing a vintage aircraft, it sometimes is impossible to know how well it was maintained. In addition, time can take its toll on aircraft (and especially aircraft engines) that sit idle for extended periods of time. It's vital that an old aircraft be thoroughly inspected, and any outstanding ADs be complied with, before being returned to service.

Another factor that should be considered is that many older airplanes use a tailwheel configuration, which makes them a little more difficult to operate. Tailwheel airplanes require a lot of finesse during critical stages of a flight.

Tailwheels were used for many years because the configuration is more aerodynamic and efficient. But tailwheel airplanes are more difficult to operate on the ground, during takeoff, and especially during landing. A momentary lapse in concentration can cause you to go into something called a "ground loop," which is embarrassing at best, can be fatal at worst, and can cause serious damage to your airplane in between the two.

If you are a Sport Pilot wishing to fly an older aircraft, you may have difficulty getting insurance. There are several reasons for this.

So here you come, a freshly-minted Sport Pilot, with very few hours of flying time, no FAA medical; and you want to insure an old airplane (most likely with a tailwheel), which the insurance company knows nothing about, and for which it lacks any data to assess risk. Can you understand why they might be less-than-enthusiastic about insuring you?

List of Vintage Aircraft that can be Flown by Sport Pilots

Bearing all of the above in mind, if you're still interested in buying and flying a vintage aircraft, here's a current list, by manufacturers, of most of the vintage and conventionally-certificated aircraft I know of that can be operated by Sport Pilots with appropriate privileges.